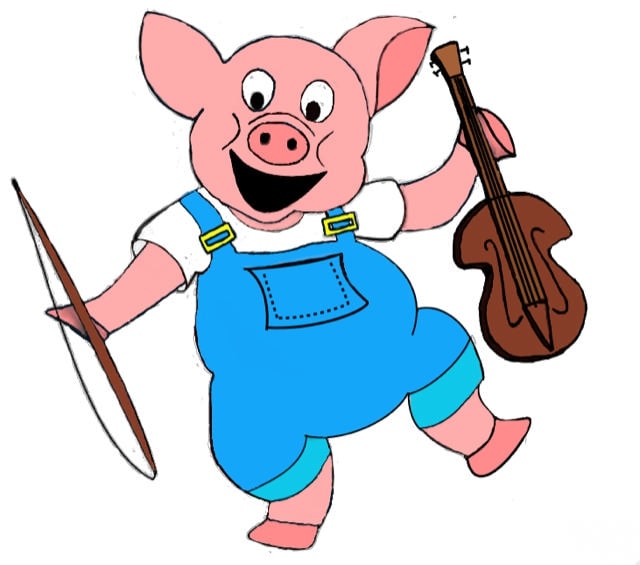 Field Day of the Past

In 1992, the first Field Day of the Past show started as a fundraiser for the local fire department. Since then, we have grown to a three day show and have given thousands of dollars to local non-profits including fire departments, museums, the children’s hospital, and various other organizations and causes.

Field Day of the Past has also worked to preserve local historic buildings and artifacts from Goochland and the surrounding counties. We invite you to attend our show every September to help support our community.

After 28 years of providing an educational and entertaining family event, the Rockville-Centerville Steam & Gas Historical Association will host its last Field Day of the Past at its present location in Rockville, VA in September 2020. Joseph E. Liesfeld, III, association president stated, “Field Day’s lease on the present property has ended. In addition, real estate taxes have risen to such an extent that it is no longer financially feasible for us to remain in this location. As we prepare for the 2020 show, we will be seeking a new home for the future.”

Field Day of the Past is an historical family event which has been presenting and preserving historic artifacts and lifestyles and presenting them in a show since 1992. Attendance for the three-day event averages 40,000. Demonstrations include sawmilling with a steam operated sawmill, sorghum molasses making, ham smoking, blacksmithing and similar occupations which were once essential to life in Virginia. In addition, attractions include colonial tinsmithing and woodworking, Civil War and Revolutionary War demonstrations, weaving, quilting and other traditional skills. Over the past two decades several historic buildings have been moved to the property, including the Short Pump Transmission Shop, Short Pump Grocery Store, Springfield Baptist Church and the fire tower from Scotchtown. Other buildings which have been moved or constructed on the property include collections of historic artifacts. Scott’s Forge houses the forge and anvil once used in Richmond’s Jackson Ward in the early 19th century and other blacksmithing related artifacts. The Educational Building is home to a Farm Exhibit tracing farming practices in the United States from its earliest days. This building is also home to a 19th century soda counter, a display on the importance of tobacco to Virginia’s early economy, complete with tobacco related items and tobacco grown on the showgrounds over the years. A kitchen display features a wood stove, an antique washing machine, and many household items no longer found in America’s homes. A print shop, complete with an operating Intertype, recalls the time when hot type was the only way to print. Remnants of pioneer life can be seen in the log cabin which was built in the 1990s. The “Sugah Shack” houses a sorghum pan and sorghum mills which indicate the once important task of molasses making on Virginia farms. The Field Day of the Past Post office is open during the show every year and is manned by retired postal employees who sell stamps and envelopes marked with a special Field Day of the Past cancellation stamp created each year for the event. Mail from this post office has reached destinations as far away as Japan, Germany and Great Britain. The “Mt. Foraker”, a Pullman Sleeper/Observation railroad car built in the early 1900s, recalls a time when steam was king and Pullman Co. service was synonymous with first class travel and comfort. The 1920s RF&P caboose is a relic of time long since passed. Both are open and manned during the annual event. The Erie drag line and accompanying gold separator came from the Bertha and Edith Gold Mines in Goochland County and date to the 1930s. In antebellum Goochland and surrounding counties an estimated $500,000 to $1,000,000 of gold was extracted from the ground, making gold mining one of the major industries of the area at that time.

The show’s program is rounded out with activities for children, a carnival, arts and crafts, truck, tractor, lawn mower and even pedal pulls. Operating antique construction equipment recalls the days when earthmoving required monsters which churned and moved the earth. The local 4-H Club hosts its annual livestock shows on the grounds during the event.

The 2020 Field Day of the Past will be a commemorative show, Liesfeld said, celebrating past members and volunteers who have passed away and bringing back attractions which once took place during the event. “We want to make this a show to remember,” he added. “Volunteers are the heart of Field Day of the Past,” Liesfeld said. “They are the ones who made it what it is and enable us to host it every year. We want to celebrate those volunteers who are no longer with us and honor those who remain to carry on this work.”

According to Liesfeld, the terms of the lease require that the property be put back to the condition in which it was in when Field Day of the Past came to town. After 29 years, the restoration of the grounds, and the removal, relocation and preservation of the buildings will require a large amount of capital. The association will be embarking on a massive fundraising campaign to raise funds to find a new home and to ensure that the Field Day buildings and collections will be preserved, transported to a new location and maintained there. Donations to the association can be made payable to Field Day of the Past and mailed to P.O. Box 29643, Richmond, VA 23242

The Rockville-Centerville Steam & Gas Historical Association, sponsor of the annual Field Day of the Past, is a 501(c)(3) nonprofit organization. Over the past 28 years it has raised almost $1,000,000 for other nonprofits and charities.

Please check back frequently for new information, articles, and musings about Field Day of the Past and our community. If you have something you would like us to post in our blog, please contact us below.

A Celebration of the Season 2019

A Celebration of the Season

Interested in hearing more about Field Day of the Past? Join our newsletter to stay up to date with events, projects, and more!